How will investors remember 2015?

It is just about time to look back at 2015 and think of what we have done right or what we could have done better. Many of us spent this year trying to predict what major central banks around the globe will do or report next. 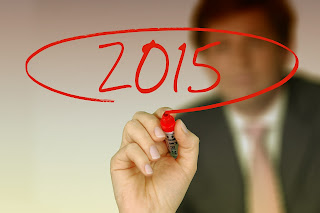 The year began with the Greek crisis, when the country came close to smashing the European currency and the European Union. Markets dropped as investors struggled to weigh-up the implications of a disorderly Greek exit.

January was memorable as the European Central Bank, finally announced its remarkable quantitative easing program. In an effort to improve the European economy, it stated at least €1.1 trillion would be invested into the eurozone over the following two years. That was the biggest asset allocation rotation of the year as wealth managers set off their European equities allocations in order to catch the moment.
Next, there was the United Kingdom general election that made investors nervous. The unexpected Conservative majority soften markets to some extent but it caused even bigger debate over the UK’s membership of the European Union that is still the question.

The end of the summer was a subject of the growing power of China to influence the world economy. A fall in market confidence both in Chinese economic growth prospects and the value of its biggest companies saw a blast in Chinese equities indicators and set off alarm in markets around the world. The most serious effect of this was that it made the Federal Reserve pull back raising rates in September, it was expected though.

The crash in the global oil price was another major factor in 2015 investment decisions, and was a topic throughout the year rather than something which centered on any particular point in time. It’s hard to say whether 2016 will be better or worse for investors but it would be quite difficult to complete with 2015 eventfulness.

We will focus on the prospects for 2016 in coming blogs, watch this space. Just Service team wishes you and your family Happy Holidays! If you would like to discuss your savings/investment plans with us, we’ll be happy to see if we can help.

Just Service Hong Kong is a member of the Hong Kong Confederation of Insurance Brokers in Hong Kong, transacting Long Term (including linked long term) Insurance business. Nothing in the comments above should be taken as offering investment advice or making an offer of any kind with regard to financial products or services of any kind. It is therefore important to reinforce that all comments above are designed to be general in nature and should not be relied upon for considering investment decisions without talking to licensed advisers.
at 15:46